Home Reviews SuperBox S1 Pro – Is It worth It? 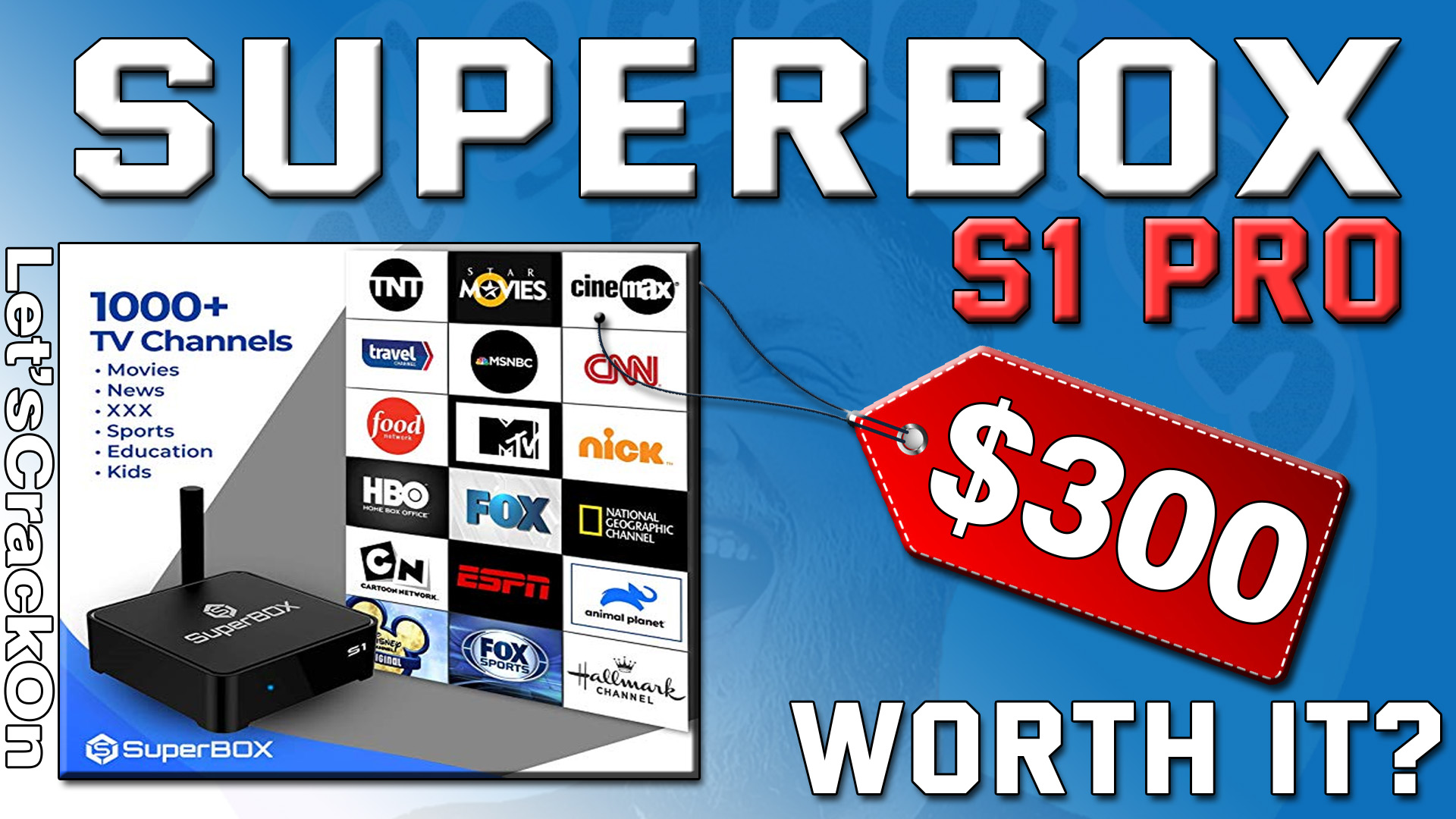 I was recently sent a product to review that had a massive price tag. So I want to give my honest opinion and let you know if about the SuperBox S1 Pro – Is it worth it?

Not too long ago I did a video review of the SuperBox S1 Pro and I will leave that video a little further down this post. You can guarantee if a box is Dog Shit I will be 1 of the only ones to tell you and give you a full honest opinion.

Superbox offer an Android Box which in my opinion is pretty budget and very low spec, but it also comes with a lifetime subscription of their IPTV Service. Sounds appealing, right? You can als take a look at what they have to offer on their Official Website.

As many of us know, reviewers usually recommend every product they are sent for review. The Superbox Android TV Box is 1 product that I heard a lot were recommending. So when they reached out to me to test and review their product I was more than happy to agree. I was pretty shocked from the get go and the video review may have shown that Quite clearly.

In my honest opinion I would say the Superbox S1 Pro is not worth the money for the product and service you get. For the huge price tag of $299 ($250 without the IPTV service) you could get a lot more for your money. Even the Nvidia Shield Pro and an IPTV Service would cost less than the asking price of this box.

This was 1 of the things which shocked me the most as the box would already cost $299! I got a call from my local courier telling me there would be a cost to get the package to my address, which was around £11. I told them I wasn’t paying it so they went back to Superbox about this. Then upped the price of the package so I was told it would cost £19.35. So I agreed just so I could get the product here.

After around 10 days of receiving the box I got an invoice from DHL with a bill of £75. This was the shipping costs and the change of invoice. So if you payed $300 for the box and shipping expenses on top, that price would be crippling for most people.

The Superbox Android TV Box is pretty shocking in terms of, well almost everything. I did like the fresh new layout and the remote it came with, that was about it. They list an advertisement for Superbox on the Home Page which cannot be clicked or removed. Wait, so I just spent $300 on a box that has an ad on the Home screen as standard?

I found the box also had serious issues when coming to connecting to a Wi-Fi connection. Although it comes with an antenna, the range and speeds on the box were very poor. So the Superbox S1 Pro – Is it worth it?……I’d have to say probably not!

I know a lifetime subscription to an IPTV service sounds appealing, but here’s why I didn’t really rate it. Now I must say, maybe I tested at a bad time or I have just tried better so expected more. When first launching the IPTV App it has a really basic layout which is pretty easy to navigate. It’s also it’s own App so you don’t need to use Apps such as Smarters or Perfect Player. But I did seem to have a bad experience when testing the service.

I will give credit where due and the USA Section seemed to work really well with high quality streams. It’s worth noting I didn’t leave them playing long and only tested around 10 as I don’t tend to watch USA content. When coming to test the UK content I noticed just about every channel I clicked on said ‘Down for maintenance’. Now I’m not sure if the channels came back but the UK channels I found that were working seemed to loop quite often.

The VOD section has quite a large choice of Movies & TV Shows to choose from. Once again when testing I found the picture to be really blocky, poor quality and buffered quite often.

I would also say if you are thinking about IPTV, you shouldn’t really be considering long term subscriptions as nobody can guarantee a service to run forever. I usually recommend getting 6 month max, this way if anything does happen you haven’t lost out on too much.

You can also visit our Latest Posts section to keep upto date!