With millions of new videos uploaded every week, YouTube is the world’s most popular platform for user-uploaded content.

While the majority of uploaded works cause no issue, copyright holders regularly file strikes or claims against uploaders, complaining that they’ve used their content without permission.

As reported on many occasions, this can sometimes prove controversial and today the Kenyan government waded into a dispute after a rendition of the country’s national anthem was subjected to takedown demand.

The video was uploaded by 2nacheki, which claims to be the largest YouTube channel from Africa. It featured their take on the ‘Top 10 Best National Anthems in Africa’, with the Kenyan anthem coming out in the number one position.

Unfortunately, however, the channel soon received notification from YouTube that their video had infringed upon the rights of UK-based music company De Wolfe Music, a claim that was made via content monetization company AdRev Publishing.

Needless to say, the channel was pretty shocked to see this claim on their account. Not only does the Kenyan government consider the piece (titled ‘Ee Mungu Nguvu Yetu’ (‘O God, of all Creation’)) to be its property, but it was written by the Kenyan Anthem Commission in 1963 to serve as the state anthem after independence from Great Britain, where De Wolfe is based.

Only adding to the complications is that since the anthem is more than 50 years old, it has officially fallen into the public domain. This has caused the Office of the Attorney General and Department of Justice to issue a joint press release denouncing the action against a piece of its heritage.

“The National Anthem is over 50 years and has thus fallen into public domain. However, given the place of National Anthem in any country and the provisions of the National Flags, Emblems and Names Act (Cap 99 laws of Kenya) there is additional protection of the anthem against misuse and improper use,” the statement reads.

“Under that Act, the use of the National Anthem, emblems, names and other similar symbols is restricted and its use shall be subject to written permission by the minister in charge of interior.”

Further muddying the waters is that variant of the anthem uploaded to YouTube by De Wolfe is not the same version as the one playing in the video it has attempted to take down, with the former completely devoid of the lyrics usually associated with the song.

It’s unprecedented for a national government to get so closely involved in a YouTube copyright dispute so it seems probable that the claim against the video will be resolved relatively quickly.

However, that a third-party company can so easily claim content of others as their own is a problem that will take a while to fix, unless there is a more vigorous response when dealing with controversial takedown attempts.

Veteran Pirate With Millions of Downloads Says “Sharing is Caring”

Veteran Pirate With Millions of Downloads Says “Sharing is Caring”

Steal This Show S04E11: ‘Software Will Eat The World’

BREIN Explains Why It’s Not going After ‘Casual’ Pirates 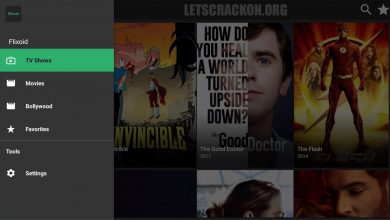