Every day millions of people post photos online, without approval from the rightsholder. This is particularly prevalent on social media platforms such as Facebook.

Many photographers don’t have the time or resources to go after these types of infringements, but some are clearly drawing a line in the sand.

This week, photographer Kristen Pierson filed a complaint against Facebook at a New York District Court. Pierson accuses the social media platform of hosting and displaying one of her works without permission.

Normally these issues are resolved with a DMCA takedown notice but in this case that didn’t work.

Last year, Pierson noticed that the Facebook account “Trusted Tech Tips” had used one of her works, a photo of Rhode Island politician Robert Nardolillo, without permission. When she requested Facebook to remove it, the company chose to leave it up instead.

“Hi-, Thanks for your report. Based on the information you’ve provided, it is not clear that the content you’ve reported infringes your copyright,” the Facebook representative wrote in reply.

“It appears that the content you reported is being used for the purposes of commentary or criticism. For this reason, we are unable to act on your report at this time.”

The takedown notice was sent March last year and the post in question remains online at the time of writing, with the photo included. This prompted Pierson to file a complaint at a New York Federal Court this week accusing Facebook of copyright infringement.

According to the Rhode Island-based photographer, Facebook failed to comply with the takedown request and can’t rely on its safe harbor protection.

“Facebook did not comply with the DMCA procedure on taking the Photograph down. As a result, Facebook is not protected under the DMCA safe harbor as it failed to take down the Photograph from the Website,” the complaint reads. 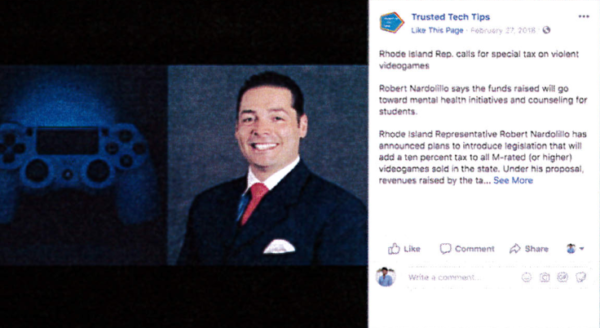 The short five-page complaint accuses Facebook of copyright infringement and Pierson requests compensation for the damages she suffered.

“Facebook infringed Plaintiff’s copyright in the Photograph by reproducing and publicly displaying the Photograph on the Website. Facebook is not, and has never been, licensed or otherwise authorized to reproduce, publically display, distribute and/or use the Photograph,” it reads.

The photographer is not new to these types of lawsuits. She has filed similar cases against other outlets such as Twitter. The latter case was eventually dismissed, likely after both parties reached an agreement.

In the present case, Pierson requests a trial by jury but it wouldn’t be a surprise if this matter is settled behind closed doors, away from the public eye.

A copy of the complaint against Facebook is available here (pdf).