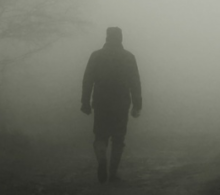 On December 22, famous cracking group CPY released a ‘cracked’ copy of City Patrol: Police online. While there doesn’t seem to be much to be excited about gaming-wise, the controversy around the release itself is quite extraordinary.

When release groups ‘crack’ a game, they release the title with an NFO (info) file. These text offerings contain information about the game itself and further details about the ‘pirate’ release, such as the protection defeated – Denuvo, for example.

The NFO released with City Patrol: Police is extremely special. Written by CPY, it contains a wall of text the group appears to have found embedded in the game’s files. CPY suggests the message was put there by anti-piracy outfit Valeroa. 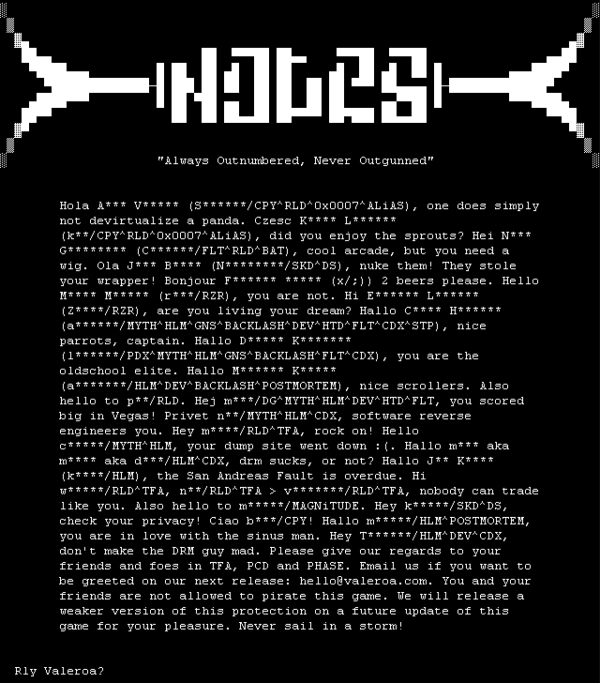 There is plenty of speculation as to what the above means but it seems likely that the partially-redacted names in the message allegedly placed there by Valeroa identify people in The Scene. That being said, CPY seemed fairly happy to re-publish the details, knowing full well that the information would be made public.

If we begin on the basis that the information and the assumptions about who put what where are even remotely accurate, it raises the question where the information was obtained from. If one adds two and two, the most likely explanation is that Valeroa either has connections with current Scene members or might even be active themselves, if only in an observational capacity.

Again, working on the basis that the speculation has some truth, absolutely no-one should be surprised that an anti-piracy company has pirate connections.

Nobody on this planet knows pirates better than pirates so it should be flat-out expected that some Scene members, past or present, will have crossed to ‘the other side’ to make some proper money from what are undoubtedly great skills.

And, one has to remember, this shift of personnel can have a big effect. Not only does a coder get to legitimize his or her skills while earning a decent living for their family, the process also drains some of the brains from the competition, a valuable tool in the overall war.

Indeed, TF is informed that prominent Scene members involved in software cracking were coaxed away to develop an anti-piracy technology for physical media in the 2000s. Even after changes in company identities and the passing of many years, they still appear to be working in similar business areas. Surprising? Not at all.

But it’s not just former pirates that are targeted by these kinds of companies. Just this week, the topic of discussion on the site Tuts4You was the ‘revelation‘ that a respected reverse-engineer had gone to work for Denuvo. While some people might find that objectionable, who better to recruit than someone who has the perfect skills for the job?

With all that said, the kind of behavior and posturing suggested in the CPY NFO is not conducive to peaceful co-existence. People’s identities in The Scene are (or perhaps should be) closely guarded secrets but even Sceners are human. Many have let their guards down because they’re super-comfortable with other members, have a close connection with them outside of The Scene, or have made a mistake or two along the way.

By suggesting identities are known in this fashion, it’s a bit like saying: “We know who you are – your move.” Trouble is, that’s what often happens. Someone makes a move, which prompts another one, which invariably leads to disaster. One only has to look at the GOD / IGG-Games fiasco for a recent example.

Even partially ‘doxxing’ people can have catastrophic results, particularly when it’s done in a malicious way. The scope for retaliation is very high indeed and as such nobody truly wins. Mutual destruction is not a successful outcome in any war, no matter how bitter.